This post shows how we have used lidar data to calculate the aspect and estimate the south facing area of a rooftop.

First a preview of what we can produce:

In red is the South facing aspect area of a rooftop. In blue are buildings we are interested in analysing. 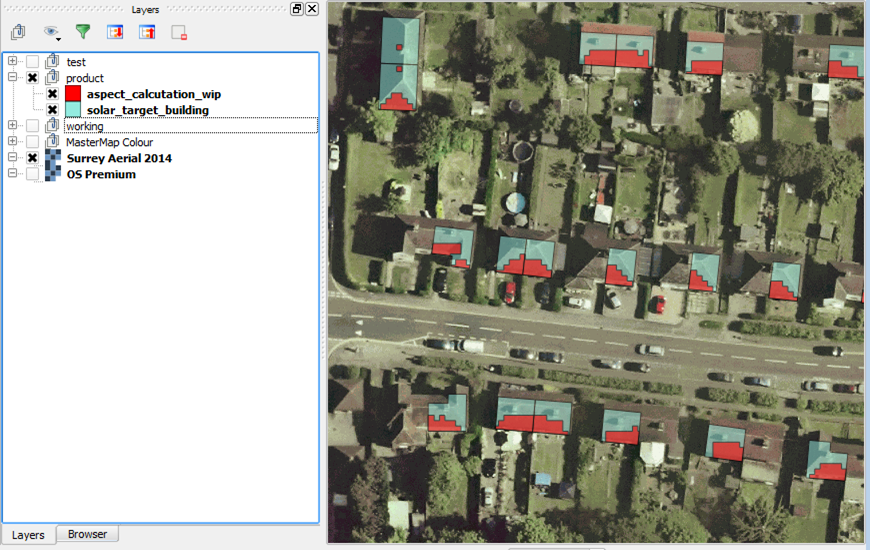 Everything filtered, clipped and queried…